Today is Feb. 29...a "leap day." This is a day added to the calendar every few years to make up for the slight inaccuracies of matching up the sun, moon, stars and the rotation of the Earth with the  calandar system we use.

I picked up this definition from Wikipedia:

Although most years of the modern calendar have 365 days, a complete revolution around the sun takes approximately 365 days and 6 hours. Every four years, during which an extra 24 hours have accumulated, one extra day is added to keep the count coordinated with the sun's apparent position.

I went to see one of my currently favorite bands, Mona, while on a business trip to NYC this week. The gig was at the Mercury Lounge and it was a flamin' show.

Mona is one of these bands that is doling out legit, cool, thoughful rock and roll. Also, at this stage of their career, they are very accessible guys. I've spoken to each member of the band a couple times at their gigs and to a man they are approachable, glad to talk for a few minutes and thank you for coming to see them.

Obviously I'm sold. You can read a concise review of the NYC gig that I 100% agree with from someone else who was there at THIS blog.

Pictures of the show this week that were taken by someone else can be seen HERE.

Here are a couple shots I took of the band when they played in Seattle in 2011... 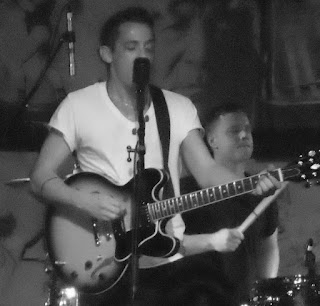 Conservative Voters Don't Like Government Programs...Except They Use Them More Than Anyone Else

As I've said before, it seems to me that conservative voters again and again vote against their own personal interests.

Against gay rights? Want to make abortion illegal? Want to kick everyone illegally here out of the country? Want to build a fence across the Southwest? Zero tolerance for drugs? Want to make sure every citizen is armed with at least one machine gun?

Vote Republican would seem to be the thing to do.

But of course, conservative politician elected on these and similar issues just get into office and proceed to do none of that (thank goodness form my perspective), but instead lower taxes and regulations for corporations, banks and the rich.

But wait. It gets even more ironic.

You know how conservatives of all income levels are constantly bitching about big government hand outs, welfare and programs to help people...all creating a society dependent on "the government?"

Well, guess which states have the most people receiving benefits from those type of government programs?

Yep, the states that vote the most conservative. Hmmm.

Don't believe my word. Check out the article from the New York Times explaining the stats HERE. And then check out the much shorter commentary and explanation of the situation in another NYT article from today HERE.

I particularly like the stat that shows that 40% or more of people who receive welfare report that "they've not used a government program." Heavy sigh.

Interesting reading to say the least. And, in my opinion, really lays bear the hypocrisy of conservative politicians and the ignorance of many conservative voters.

In going through my back archive of pictures I took during our 2006 trip to Vietnam and Cambodia, I found a few that I had overlooked that perhaps I should have featured more.

Check these "new" pictures from Vietnam at the top of my Flickr Photostream HERE.

A couple examples below... 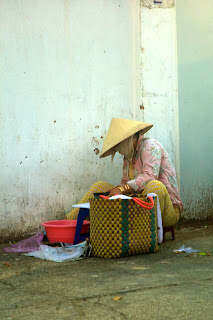 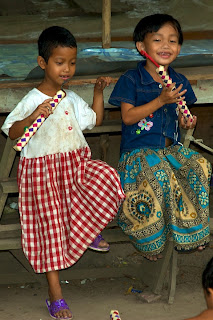 Note: The above pictures were taken by me, Marc Osborn, and are not permitted for any use without prior written approval by me.
Posted by Marc at 4:14 PM No comments:

House Republicans caved on their demand that any extension of the current, lower level payroll tax - a tax that every working person pays each paycheck - be linked to spending cuts in other areas of the government budget.

Essentially, they were a) very ready to let the vast majority of working people in the US experience a tax hike by letting the payroll tax go back to previous, higher levels, or b) accept the payroll tax cut extension, but exacting a high price by demanding cuts to other programs to offset.

What? How could this be you ask? Aren't the Republicans universally and non-debatably committed to lower taxes for everyone until the end of the universe? Shouldn't keeping taxes low for everyone be a no-brainer for them? Especially in an election year?

Ah...well, you must not know the Republican Party that well if you're asking that question.

Indeed, there are two reasons why in this case the Rs are perfectly willing to let everyday people get a tax hike by letting the payroll tax cut expire while championing big tax cuts for the wealthy and corporations:

1) Primarily, such antics are tied to the conservative "starve the beast" strategy - a several-decades long effort to shrink the size of government. Ironically, the government grows under their leadership (see the Regan and W years). But anyway, over last 25 years or so, the Rs have demanded that all expenses (or reductions in revenue) be "paid for" by cutting government programs. Starve the government of revenue and use that as an excuse to cut its very size. A good overview of this is in a blog post today from Talking Points Memo. See it HERE. In this instance, Republicans put on their "fiscal conservative" hat and said that if the payroll tax cut were to be extended, then certainly the lost revenue would have to be made up by cuts elsewhere...affixing the payroll tax to their desire for small government.

2) Giving tax cuts to middle and lower class people is NOT part of Republican political or economic philosophy. It never has been. Rather, they maniacally believe that if you lower taxes on the wealthy and companies (not to mention eliminate regulations), these "liberated" private powers will share their wealth with the rest of society in the form of creating jobs and addressing societal needs. If you are a poor or middle class person waiting for the Republican Party to usher in low tax rates for you, you'll be waiting a long, long time.

In the end, the Rs caved on the current payroll tax cut extension - primarily to the political pressure of being seen as, well, being against lower taxes for working people in an election year. Oh, and by the way, the Republicans caved on they payroll tax and agreed to offset it with...debt.
Posted by Marc at 4:17 PM No comments:

If you are a Democrat, Obama supporter or simply someone who cannot stomach turning the reigns of government back to the very people and ideas that crashed our economy, ran up the debt and entangled us in wars in the middle east...

...the victories last night in the Republican primaries in Colorado, Missouri and Minnesota by Rick Santorum are valuable for three reasons:
Thanks Rick.


I watched the Super Bowl last Sunday. I had no rooting interest, but I thought the game was pretty entertaining. I also thought the ads were pretty average with a few highlights - I mean, really, how much mileage can you get out of Bud Light, Betty White, and Star Wars year after year. I guess it's subjective, but I found the ads boring.

One that is getting some attention now is the Chrysler-sponsored Clint Eastwood spot that aired at halftime and talked about how Detroit automakers have rebounded and is back in fighting shape. Turns out, certain high profile conservatives found the ads in poor taste because they talked about the resurgence of the U.S. auto industry...the U.S. auto industry that taxpayers bailed out and now that has rebounded, paid off its debt to taxpayers and is again competitive and thriving. Ohhh...conservatives don't like giving credit to the bailout. No, no. It runs counter to everything they stand for.

So what do these displeased conservatives do? They don't go on record saying how they were against the (now proven successful) bailout and what they would have done differently. No. They instead say, "because auto companies owe a debt of gratitude to the Obama administration for the bailout, they are doing this advert...and essentially then Obama is parleying public funds into corporate advertising. Isn't that outrageous."

Setting aside that this is utter wank. Literally and figuratively false. And setting aside that U.S. automakers who received bailout funds have fully repaid them, below is an excerpt written by The Rude Pundit today on his blog that explains the irony, hypocrisy and downright maddening position from conservatives on this advertisement...

Speaking of conservatives being fucking crazy, the outrage on the right over the Clint Eastwood-narrated Chrysler ad is beyond bizarre. Yes, there was an image from the protests at the Wisconsin capital, but that was timed with the word "discord," not "freedom" or "heroic." Otherwise, the script is a locker room pep talk, one that is inclusive as can be. One part in particular seems to grate on the right: Detroit "almost lost everything. But we all pulled together, now Motor City is fighting again." At some point, someone needs to say to Republicans that it's okay to have been wrong about the auto bailout. Now let's move on.

But they can't. They just can't. Karl Rove pranced onto Fox "news" to announce his displeasure, saying that the ad was "a sign of what happens when you have Chicago-style politics, and the president of the United States and his political minions are, in essence, using our tax dollars to buy corporate advertising." The man who helped demonize a legless Vietnam vet said he was "offended."


What this reaction says is something deeper. See, Clint Eastwood, who voted for John McCain and opposed the bank and car bailouts, thinks the whole controversy is bullshit. He rewrote the script, and he's donating his pay to charity. What Rove and the rest of the right's negative reaction really means is that they are divorced from the nation as a whole. In the ad, Eastwood says that, during tough times, "we all rallied around what was right, and acted as one." We acted, in essence, like Americans.

Conservatives are saying that it's offensive to expect them to do so. And if Dirty Harry wants to wallow around with the dirty hippies, then fuck him, too.
Posted by Marc at 12:49 PM No comments: 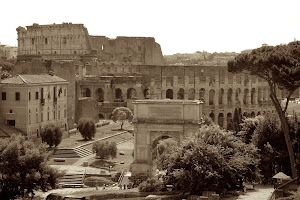